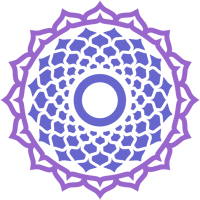 Pluto and Uranus in Astrology:


To Everything, There is a Season

In the 60's, the spiritual seeds of liberation were planted. This fall, it's time for those seeds to bear fruit.


Conjunctions bring the energies of two planets together, releasing old patterns & creating the chance for new beginnings. In the 60's, historical figures such as MLK, JFK, and RFK changed the face of civil rights. The popularity of the Beatles, Psychedelics, TM, and the Peace Movement, reflected a change in consciousness. Woodstock was a moment that captured the aspirations for harmony, within a generation. Also during that decade, the space program --the single greatest peaceful enterprise in the history of the world-- took humans to the moon. All these things together show how the Spiritual Seeds of a new Freedom & Inspiration were planted. Those Seeds of Liberation are about to Bear Fruit. 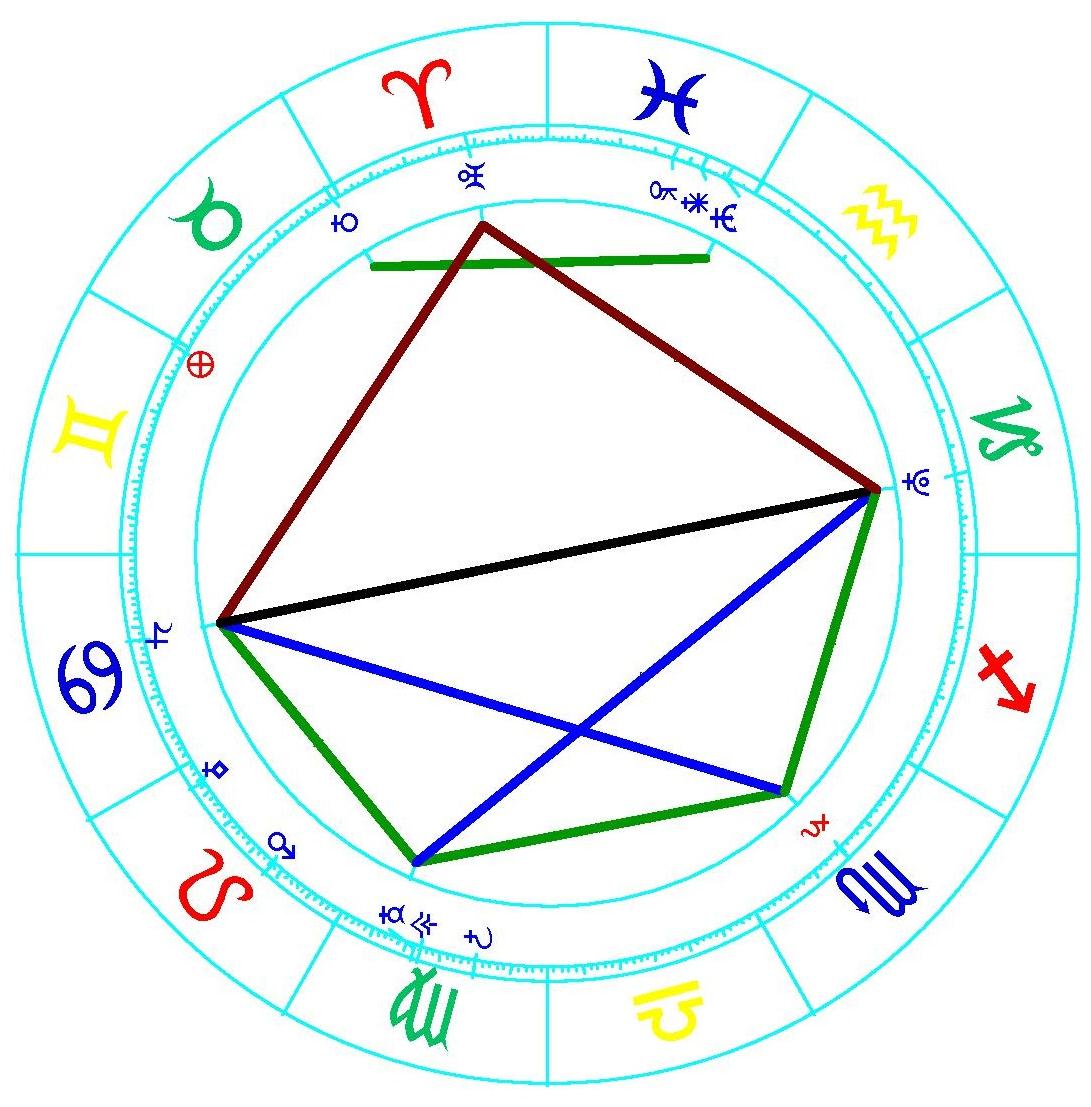 Since the 60's Uranus & Pluto have moved. Now, in 2013, they are in what is called a Square --90 degrees away from each other. This astrolgical aspect indicates manifestation into form - an opportunity for fruit to be borne from the seeds planted during the 1960's conjuction.

Looking at the chart to the right, you can discern a rare pattern, much like a gift basket under a pyramid. This pattern shows an unusual level of symmetry.

I believe that this chart indicates that 2013 is a year ripe with opportunity for our most profound and transformative inspirations to take form.

Whether you were around in the 60s or not, this new aspect between Uranus and Pluto is a great time to for seeds to bear fruit. There is a high level of fertility in the psychic ground right now. Maybe you've been putting energy into something for a while. Soon, you're likely to see movement and have a sense of breakthrough. Now is not the time to give up!

Energy flows where attention goes, so focus your time on what you wish to see expand in your life and the world.

Personally, I'll be spending the weekend prior to the alignment (Nov 15-17 - See Calendar) in Los Angeles, joining forces with Radio Host Sheila Gale, and Absolute Live Productions, for an extraordinary live-streamed event that seems to be creating itself from all the seeds we've ever planted - The Real Shift.

I hope you can join us, and meanwhile, I'd love to hear about what projects are inspiring you. If you'd like to read a longer, technical version of the article, with more historical and astrological information, click here - Dean Price 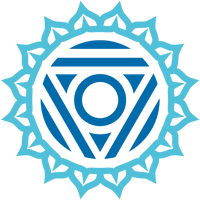 
Making the Most of Mercury Retrograde

During 2013, Mercury is Retrograde three times (Feb 23 to Mar 17, June 26 to July 20, and Oct 21 - Nov 10), & for many people, the thought of 3 weeks of crashing computers, poor communication, broken promises, & canceled contracts may be too much to bear. But what does this recurring astrological illusion really mean, & how can we make the best use of this time?

Mercury represents communication. As you can see in the diagram below, the planets mirror the chakras, in the same order. Mercury is the Throat Chakra - the voice, words and 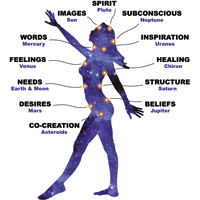 sound. It is the law of attraction - how we speak things into manifestation.

Mercury circles around the Sun in a forward direction every 88 days. It never actually reverses it's direction, but from the perspective of the Earth, it appears to move backwards as it moves through the part of the circle in between the Sun and the Earth.

If we look at the numerical order of the celestial bodies in our Solar System, Sun is 1, Mercury 2, Venus 3, Earth (and Moon) 4, etc. The number 2 (Mercury) creates polarity, communication between two beings, the connecting of opposites. Opposites attract, thus words and sound (Mercury) are the foundation of the law of attraction.

A good metaphor for Mercury is a pencil. When we communicate, whether writing, speaking, singing, chanting, . . . , we are writing the script for the manifestation of our physical experience. (Earth = 4, or 2 x 2). Affirmation, prayer, mantra, etc, are examples of using this principle to create our experience with conscious intention.

Some of those manifestations, however, may not be to our liking, particularly when generated unconsciously by complaining, criticism, argument, habitually describing negative experiences or expectations, etc.

Fortunately, Mercury Retrograde allows us to turn the pencil around and use the eraser for a few weeks, as we go back over places that Mercury has been in the past, reversing thought forms created through previously-uttered words.

If you follow the news, we've already seen since Mercury went retrograde: the repeal of D.O.M.A. - the Defense of Marriage Act, and Proposition 8 in California, canceling words, previously-written into law, that prevented same-sex marriage.

The Supreme Court also struck down Section 4 of the Voting Rights Act, the provision of the landmark civil rights law that designates which parts of the country must have changes to their voting laws cleared by the federal government or in federal court.

Because of previously-spoken racial slurs (words - Mercury) by Paula Deen, her contracts with the Food Network, Walmart, Smithfield Foods, K-Mart, etc, are being cancelled.

And a new immigration reform law, just passed last week by the Senate, has now been sent to the House of Representatives, where one congressman remarked that the House should "fold it up into a paper airplane and throw it out the window". Undoubtedly the bill will be revised, edited, and transformed into a bill that is quite different than the Senate's, if anything passes at all.

Reporter Glenn Greenwald, who originally revealed phone & internet surveillance by the National Security Agency (NSA) using information from former contractor Edward Snowden, claims that the NSA has the ability to store one billion phone calls each day - which means the ultimate Mercury Retrograde scenario is possible: Someone, maybe us someday, can listen again to almost any recorded conversation that we've had in the past.

We already knew that the details of virtually all emails are stored and can be retrieved. We do it all the time ourselves, and so does the Justice Department. I also discovered this week that the GPS location of my cell phone is recorded and stored every hour or so, & retrievable on my cell phone company's website. Helpful for finding lost or stolen phones, or people.

Speaking of information from the past, this week has seen a flurry of historical evidence of UFO's & ET's popping up. For example, I was watching David Wilcock on Gaiam TV last night, in which evidence of conversations between decades of American Presidents and Extra-terrestrials was clearly documented. Watch 'The Event' on Netflix sometime for one perspective on what may be really going on. According to one insider, "I know for a fact that 60 percent of the budget for "The Event" was funded by Uncle Sam "They're trying to tell the truth, with a bit of spin, of course."

A more down to earth example comes from here in the Bay Area: Lots of people have had to revise some plans, or at least how they get around, due to the BART strike. Transportation, which connects point A and point B, mirrors the number 2, and the planet Mercury. (See numerology discussion below).

As I'm writing this, I see that The Egyptian military has just announced the removal of Mohammed Morsi as president, including the temporary suspension of the constitution. One more set of laws repealed this Mercury Retrograde.

So, depending, on your political persuasion, ethnicity, sexual preference, or opinions on food, immigration, unions, privacy, search and seizure, the Muslim Brotherhood, etc, you might be celebrating some of these revisions to laws.

The Asteroids in Astrology:


Lao Tzu's vision - Multiplicity born of Oneness - is mirrored in astrology by the thousands of asteroids circling in space, mostly named for goddesses representing various stages of reproduction - virginity, attraction, courtship, commitment, marriage, fertility, co-creation, ecstasy, conception, childbirth, parenting, . . . The asteroids are like 'baby' planets, and refer collectively to our ability to co-create a myriad of descendants and other forms of expression. In this talk, we'll focus on the first four asteroids discovered, and what their aspects to other celestial bodies indicate in your astrology chart. To shed light on the specific meanings of asteroids, we'll explore their roots in mythology, numerology, sacred geometry, the reproductive system, the root chakra, the energy body, and our multi-dimensional selves. See calendar for dates.